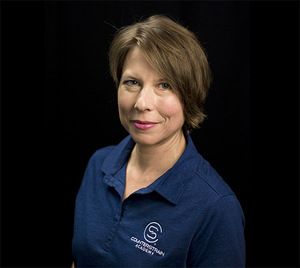 Andrea graduated with a Master of Science in Physical Therapy (MSPT) from Pacific University in Oregon in 1997. After two years as a travelling therapist, she returned to the Pacific Northwest in 1999, and worked primarily in the outpatient orthopedic setting. It was during this time that Andrea was introduced to Fascial Counterstrain by a co-worker. In 2004 she earned her board certification through the Jones Institute (JSCC) and began assisting with courses taught through their organization. Wanting to further her expertise in this field, Andrea began taking courses through the Counterstrain Academy in 2015 and is currently practicing in the Counterstrain Portland, LLC clinic. She will complete the Counterstrain Academy Instructor Training Program in 2019.