"Imagine your entire body being out of pain...imagine be able to perform at your best...and imagine having all that and the work that you do to get there is painless. I've found that Counterstrain has been one of the single most valuable tools for immediate change in the body." 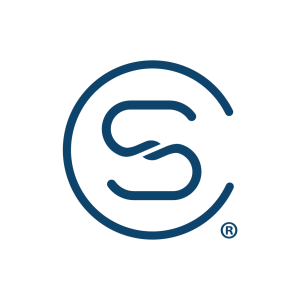 I wanted to formally express my gratitude for all that you have done for me. It is hard to find the words to explain how I feel, but I will try my best. You have given me my life back, brought back the fun and freedom that I experienced before the accident, and made me feel like there was always hope. 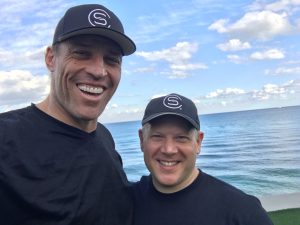 “Hey Tim! Bula! I just wanted to reach out to you and say thank you for doing such extraordinary work on me and my family. You really are a miracle worker. I have had just about everyone you can imagine work on me and I don’t think I have seen anyone who has the precision and capability that you guys do to create change and really, systemically understand how the body relates on all levels. I am beyond passionate about Counterstrain.”

I was in a wheelchair for 18 months. I was hardly mobile and couldn’t put any weight on my leg. I couldn’t lay on my back or stomach or sit up. I had little to no sleep. After the first treatment, I went home for a month and was walking and leaning on my wheelchair. That’s when I decided I had to make a commitment. If this is what Counterstrain can do for me in a short period of time, I better see how much further I could go. I felt that chronic pain was going to be part of my life forever. I thought that was going to be my demise. Counterstrain has demonstrated to me that living with severe chronic pain is not necessary. I can now do Tai-Chi and think nothing of balancing on one foot. Now, I can walk a half hour or hour or more a day. Swimming, I can do that. I went sledding for the first time in 50 years. I want to thank you for giving me back my life.

“Imagine your entire body being out of pain…imagine be able to perform at your best…and imagine having all that and the work that you do to get there is painless. I’ve found that Counterstrain has been one of the single most valuable tools for immediate change in the body.” 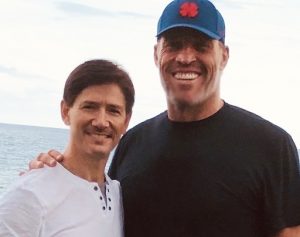 Over the last 39 Years I’ve had the privilege of working with more than 50 million people in over 100 countries. The demands I have put on my body for those decades are a bit crazy.

As a result I suffered debilitating physical pain for years. I tried virtually every form of body work before meeting Brian Tuckey and his team of Fascial Counterstrain practitioners. This work and it’s proprietary multi system approach, has alleviated my symptoms and enabled me to perform at the highest level. The technique is gentle, painless and yields instant results which can only be described as miraculous at times. I highly recommend this technique to anyone who wishes to maximize their physical performance and feel it will soon revolutionize not only the world of chronic pain but also athletic performance and recovery. 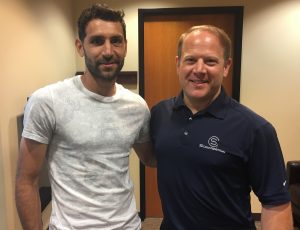 Hello! My name is Diego Valeri, I’m a professional soccer player (with the Portland Timbers).

I wanted to talk to you about a therapeutic technique called (Fascial) Counterstrain that I have received from Timothy Hodges at Counterstrain Portland. It’s a technique that I have experienced in which I have noticed great changes! Especially in my back, in areas like my lower lumbar and my legs- a lot of relief in my legs, and a big change in my posture.

And I think it is a technique that will cause extraordinary changes in sports medicine.

Thank you very much!

A little over 18 years ago, I was in a horrific car accident. I’ll never forget the EMTs telling me how lucky I was to walk away with only “minor” injuries. One knee surgery and a few months of traditional PT and I was deemed good as new.

I had always been extremely active both a dancer and a runner. I was young and in great shape prior to the accident. In the years that followed, I returned to dancing and running. I looked fine from the outside, but never really felt the same. I always had this weird feeling of being stuck forward, deep inside. It would vary in intensity but was ALWAYS there. I was always asking people to “crack” my back, for massage – for something to address the feeling of being crunched in my chest/mid-back and nothing ever quite got to it.

My mid-back pain flared with my first pregnancy but thankfully returned to it’s “weird stuck feeling” after my daughter’s birth. Three years later I was blessed with a second pregnancy but this time was different. My mid-back/chest pain flared, and my legs swelled. SWELLED!!! I had run through my entire first pregnancy and this time could barely walk down the hall without being short of breath. I was no bigger but something was very different. After my son’s birth the mid-back/chest pain calmed a little bit but the swelling in my legs never really went away. Running was an extreme effort for me, and no matter how much I tried – little runs felt like marathons. My calves would cramp up halfway down the block from my home. Despite my son’s birth 18 months prior to being treated, I still had a very hard time recognizing my legs as my own. The swelling in my calves made it hard for me to wear my normal pants.
I had begun to write this all off as aging, and the price you pay for being a mother of two. Then one month ago, I had the opportunity for Tim Hodges to treat me using fascial counterstrain. While I began rattling off my symptoms, he began doing his scan. Within a minute or two he was treating the fascia around my heart, and the ligaments of my spine. After an hour I went on my way feeling loose and tall and being able to stand upright for the first time in 18 years. The next morning my legs looked like my own! The swelling was dramatically reduced and continued to go down over the next few days.

The following week I decided to test Tim and see how long his results would hold. I did intervals sprints full speed on the treadmill, and actually wore myself out for the first time since my son was born. No mid-back pain, no swelling. I pushed two kids in the running stroller up big hills. No return of symptoms, not even in my back. I wore heels to work and brought flats just in case my calves cramped. No return of my symptoms. My calves fit in my pants again.

It’s been a month since Tim treated me once. I have tested his fascial counterstrain treatment in so many ways and it has continued to hold after only one treatment. I wanted to write this testimonial because I have had every type of treatment – from acupuncture to chiropractic and traditional PT. One treatment did more than 18 years of all the other types combined! Thanks Tim! 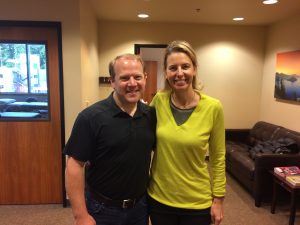 I truly feel like this body of work is nothing short of miraculous. Instead of quickly turning to surgery and pills or falling into despair when your condition seems hopeless, there is a gentle, real way to actually go to the source of your pain and release it.

Tim Hodges of Portland, Oregon and his mentor/business partner, and the originator of Fascial Counterstrain, Brian Tuckey of Frederick, Maryland have developed a revolutionary way to unleash health in the human body by simply releasing hundreds of protective spasms.

You know intuitively that there is a part of pain that is protective in nature, especially when you feel the tension in your neck or shoulder or leg muscles develop in response to stress or injury. However, realizing that every organ, nerve, artery, vein and lymphatic vessel in your body can actively spam, produce pain and therefore need a therapeutic release is a whole other level of understanding. Astonishingly, they have mapped the entire body and can do this with gentle non-painful, manual releases.

I went to Tim with chronic neck and hip pain and after treatment was shocked that it wasn’t just better, but gone! I have known Tim now for two and a half years, and he and Andrea Mohrle have case after case of what I like to call the unleashing of health – from resolving chronic back pain, eliminating sciatica, easing headaches, clearing brain fog and even calming seizures including concussive injuries of the brain.

In one particular case, I witnessed a man come into the office in a wheelchair and left in a walker. The next day he came in with a cane and then walked on his own after treatment. It isn’t spiritual or crazy, it is scientific, medical and completely understandable and concrete. I am convinced that because of Tim, I have avoided many serious conditions due to the significant stresses of my life. We are very lucky to have him in Portland. I’d fly across the world to be treated by him! 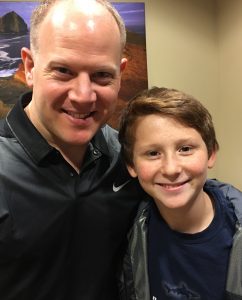 Tim Hodges gave my son back his childhood. After brain tumor surgery at 6 years of age, my son Matthew was left with a long list of after effects with double vision being the most notable. After years of therapy and corrective surgery, the double vision persisted.

I sought the help of every professional we could find: neurosurgeons, neurologists, specialists in strabismus, pediatric ophthalmologists, a biomechanical physical therapist and multiple vision therapists. I was given no explanations for his condition, no effective therapies and was told by one specialist that “he will never see single vision.” I dedicated my life to solving this problem for Matthew. I home schooled and developed my own vision therapy with great success but the double vision was only being kept at bay and would return if therapy stopped or when he was fatigued. Then I found Tim Hodges. His unique approach using a new technique called Fascial Counterstrain, restored Matthew’s ability to maintain single vision permanently as well as eliminating all the other nagging after effects that were still plaguing Matthew, such as his chronic nausea.

Writing this review brings me to tears as all the emotions of our years long struggle come back to me. I can’t imagine what our lives would be like if I had not found Tim. Thanks to him, Matt is a completely healthy, thriving, tennis playing 11 year-old boy with no remnants of any of his surgery related issues. In fact, his vision is so great that he has even developed back his depth perception at age 11!

Thank you Tim for your incredible patience, compassion and knowledge.

I’ve been pretty much handicap for 4 years with screaming pain in my legs and nerves. I’m not able to carry more than 8 pounds. The first two hour session I had with Tim was just amazing. The volume of pain has turned down so much. I’m so grateful for the work that they did. I have not felt like this since I was a teenager. I feel amazing. This is just amazing. I’m taking my whole family on a vacation to get treated. Thank for everything.