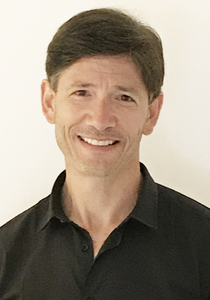 Mr. Tuckey is the originator of Fascial Counterstrain and has developed all of the courses in the Fascial Counterstrain Curriculum. Brian started studying Counterstrain techniques with Lawrence Jones D.O in 1992 and eventually became one of only 4 physical therapists in the world to be personally certified by Dr. Jones to teach Strain and Counterstrain technique (SCS.) Brian was the first practitioner to recognize that Counterstrain was impacting the body’s deep fascial system and developed the current physiological rationale for Counterstrain “A New Rationale and Treatment Model for Neuromuscular Tender Points.” Over a 25-year period, he has gradually expanded Dr. Jones’s original work from approximately 200 techniques to over 850 anatomically specific techniques which is now called Fascial Counterstrain (FCS.) Additionally, Brian has also developed an innovative assessment tool called the FCS Cranial Scan. This proprietary assessment method utilizes the fascial system’s relationship to the embryological neural crest (head) to accurately predict dysfunction in all systems and regions of the human body. Practitioners proficient in the FCS cranial scan can identify the key dysfunctions in a patient's body in seconds. Brian spends much of his time teaching FCS domestically through the Jones Institute www.jisci.com and internationally through various business partners. When not teaching, he treats complex patients utilizing the FCS methodology at Tuckey and Associates Physical Therapy in Frederick, Maryland.