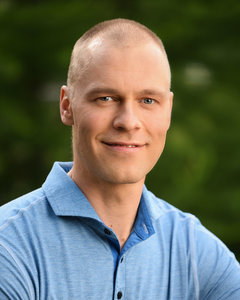 Neil graduated from the University of Toronto in 1994 with an Honours Bachelor of Science, completed a postgraduate Bachelor of Physiotherapy in 1998, and a research Master's degree in Rehabilitation Science in 2000. He also holds advanced qualifications in strength and conditioning, exercise physiology and coaching. Neil has broad experience in orthopedic and neurological physiotherapy, patients with complex and chronic conditions, and pain neuroscience. He was introduced to Counterstrain while working at the Australian Institute of Sport, took his first course in Jones Counterstrain in 2013, and transitioned fully to Fascial Counterstrain in 2016. He is passionate and excited about the power of Counterstrain and the constant development and evolution of the technique. In addition to 23 years of experience as a physiotherapist, Neil has held coaching, sport science and strength and conditioning roles at international levels of sport, and was the Australian Coach for MTB at the 2008 Olympic Games. Neil maintains a passion for cycling, as well as skiing and hiking with his family in the picturesque ski town of Kimberley, British Columbia.