Post Traumatic Stress Disorder (PTSD) is a mental health disorder that can occur after experiencing or witnessing a life-threatening event. Symptoms can develop immediately following the event or appear months to years after the event.

There are four types of symptoms:
Reliving the event/ flashbacks/ re-experiencing symptoms.
Avoiding situations that remind the person of the event, i.e., avoiding situations or people that trigger memories of the traumatic event.
Having negative beliefs and feelings, e.g. feelings of guilt and shame, trust issues, disinterest in social engagement, apathy.
Feelings of hyperarousal, e.g. feelings of anxiety, constant vigilance, difficulty concentrating or sleeping.

There are currently only two VA-approved therapies: pharmaceutical medications or therapy. 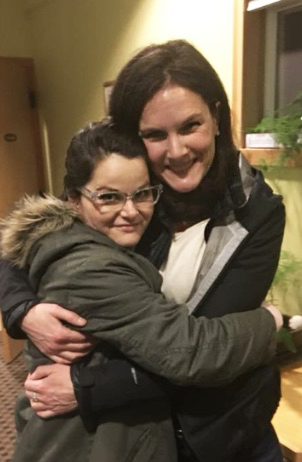 Case of PTSD with features of anxiety, insomnia, migraines, lower back pain and petit mal seizures in a 28 year old woman.

History: Sexually assaulted at age 4 and 19. Symptoms experienced in her youth: episodes left sided numbness, fainting followed by exhaustion, migraines, seizures following antibiotic use. History of 2 LOC concussions (2003 & 2008). Her vision changed after her first child was born when she was 25 yo and she has needed bifocals since. Brain imaging (CT/MRI) showed no abnormalities.

In 2013 she was diagnosed with non-epileptic psychogenic seizures. She obtained a seizure dog that could predict when she would seize. Daily high CBD/Low THC cannabis intake every 4 hours helped to decrease severity and frequency of seizures, but still seizing at least twice a day when she presented for her first visit in November of 2017. She was referred by her primary care MD for IV magnesium, which in the past, resolved her seizures for 2 weeks.

When she came in for her first Fascial Counterstrain treatment, it was because she had gone from seizing twice a day, to several times an hour. She also had nausea and vomiting. The increase in severity and the nausea/vomiting was after having an emotional shock. Following the shock, she had gotten hot and sweaty, N/V, couldn’t remember people she knew and she passed out. Her friend told her that she seized 5 times while passed out and she was very confused when she regained consciousness. She went to the ER, where they did not help her, because they said it was psychogenic. I saw her right after she was released from the ER. She seized and sobbed throughout the first treatment and had flashbacks to her assault at age 4 and remembered details that she had previously buried. In the week that followed that treatment, she had only 2 seizures.
First treatment:
B/L sympathetics, L CULN-N R CANS-N

After the third Fascial Counterstrain session, she was able to sit on the floor cross-legged and touch palms to floor with forward bend, which she’d never done in her life, even as a small child. She also reported improved vision (no longer needed bifocals).
Third treatment: peripheral nerve chains.

She has had 3 more treatments since this, and has had back pain, headaches and anxiety, but it is improving and not as severe or frequent. She no longer uses cannabis and does not need to for management. Her dog is just a companion now.

And this is why we do this work. Changing lives, not symptoms.